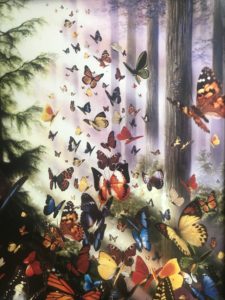 Wow I am sure everyone is feeling the energy changes and July is the break through of transformation!

‘As above so below’, phrase derives from the very ancient Emerald tablet where I too will explain what is happening in the sky so you all can be aware of these energies and make better choices here on Earth!

tMars is now in the constellation of Cancer and is actually quite exhausted after being with Rahu(North node of the Moon). Mars doesn’t do well in Cancer known to be debilitated here for Mars is action and Cancer is to emotional. Imagine a soldier going to war who has to much emotion, it cripples his judgement which affects himself and his team, it just doesn’t work.

tMercury is also here along side tMars which can cause frustration and confusion about what is real news from fake news. It can be harder to make decisions. Mercury rules our intellect and all forms of communication and commerce so these current aspects will make use more angry and uncertain about social media platforms and who has the right to sensor our data. In fact Canada is about to put into law more data censoring regulations! tMercury will also be slowing down and turn retrograde on July 7th at 11 degrees Cancer which I see as more airplane data problems, computer processing issues, trade issues and causing market fluctuations.

Later on this month around July 25th another major aspect with tMars will be within a 5 degree orb opposition with retrograde tNeptune and exact on July 30th giving mother earth more pressure. Watch for earthquakes ramping up and more volcano explosions and especially underwater volcanos being more active due to Neptune ruling seas and oceans. tNeptune being in Canada’s 6th House(rules health), shows our country having a major crises with fentanyl and alcohol problems and the illusions of many who don’t see how big the problem really is!

tVenus as I write this has also moved into Gemini from Taurus on June 29th where the Sun and Rahu are. tVenus not leaving Gemini till July 23rd. I see tVenus(rules relationships) with Rahu can cause infatuation and once tVenus moves on those rose coloured glasses will likely clear up LOL!

tSaturn is still getting very snuggly with tKetu in Sagittarus giving us the opportunity to create new spiritual(ketu) time frames(Saturn) and will be explosive(Pluto) to the truth of what is real. As well the pressure towards higher education …cheating scandals and our belief systems getting restructured. tSaturn and tKetu with tPluto in Canada’s 4th House is sure exposing our homeland(4th H) issues with money laundering corruption!

Now I am sure your all wondering what the significance of my ascending butterflies photo has to do with the month of July… well right at the start of the month on July 2nd at 1:17pm MST we are having a Total Solar Eclipse in Gemini at 16 degrees in Ardra Nakshatra. This area of the sky where energy is very destructive and transfers back to earth in the form of major storms so tornado activity increases likely to be seen.

The Solar Eclipse is when the New Moon comes together with the Sun and Rahu blocking out the Sun for a short time. It’s the ending of a cycle a completion like the last few days of a cocoon phase. Making it the best time to do some inner reflecting/work on ourselves and letting go of old programming, awaking more so we can emerge transformed with more certainty of who we are!

I often hear right at the New Moon phase people saying its good to start a new project but actually thats not true due to the Moon being invisible in the sky… so dark. Once the first crescent Moon reappears in the sky is the best time to begin something new!

Seeing and feeling the Total Solar Eclipse in Gemini forming and opposing planets in Sagittarius is like the pressure axis of a cocoon seam. If you do your spiritual work, step up and be more, of course by choice, your breakthrough transformation will give you the opportunity to take your wings and fly to higher vibrations!